Gege Akutami (, Akutami Gege?) is a Japanese manga artist and the author of Jujutsu Kaisen. 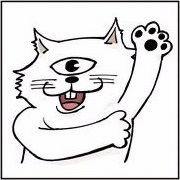 A prequel series titled Jujutsu Kaisen 0: Jujutsu High started on April 28th, 2017 in the Jump GIGA 2017 vol.1 issue. The series was meant to be a short series and continued for four chapters and concluded in the 2017 vol.4 issue.

On March 5th, 2018, in the 2018-14 issue of Weekly Shonen Jump, the serialization of Jujutsu Kaisen started, acting as an sequel to the previous short series, featuring new main characters. In December 2018, along with the release of the series 3rd volume, an additional volume was released labelled as 0th volume and containing the 4-chapter prequel series.

Yuji Itadori is an expert at track and field. But he has zero interest running around in circles, he's happy as a clam in the Occult Research Club. Although he's only in the club for kicks, things get serious when a real spirit shows up at school!

When his grandfather is on his deathbed, Yuji makes a promise to him; that he will do kind deeds so that he dies surrounded by loved ones, unlike his grandfather. 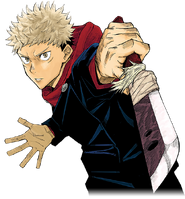 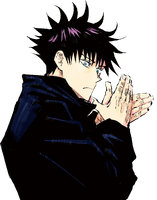 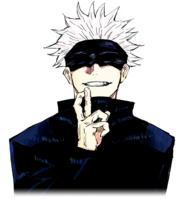 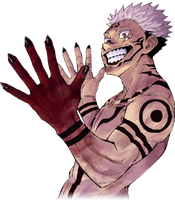 Vol. 7: The Origin of Obedience

Vol. 14: The Shibuya Incident
ーJudgement of Right and Wrongー

Vol. 7: The Origin of Obedience

Jujutsu Kaisen released short special commercial promoting videos which were made to promote the manga series. They were narrated by Satoru Gojo's voice actor Yuichi Nakamura.

The Jujutsu Kaisen anime adaptation was announced in the 52nd issue of Weekly Shōnen Jump, on November 25th, 2019. It has been animated by Studio MAPPA and officially began airing on October 3, 2020.

Français
Community content is available under CC-BY-SA unless otherwise noted.