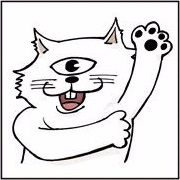 The following year (2017), Akutami started their first serialization with Jujutsu Kaisen 0: Jujutsu High (, Jujutsu Kaisen 0: Jujutsu High?), in Jump GIGA 2017 vol. 1 issue. The series was meant to be a short one and continued until 2017 vol.4 issue. The series was about a cursed child who entered a magical school in order to free himself of the curse and help others in similar situations.

In 2018, due to the good reception of the Akutami's previous series, a full serialization of the series was granted, starting in Weekly Shonen Jump 2018-14 issue. The series was titled Jujutsu Kaisen (, Jujutsu Kaisen?) and was a direct sequel to their previous work. The story was about a boy who entered a magical school in an attempt to collect and kill all the parts of a powerful cursed spirit.