Domain Expansion (, Ryōiki Tenkai?) is a technique where Cursed Energy is used to construct a three-dimensional, enclosed space or pocket dimension covering a Sorcerer's immediate surroundings.

A Domain Expansion is described by Satoru Gojo as "an environment constructed with cursed energy and manifested through a cursed technique", with said environment referred to as the Sorcerer's territory (, Seitoku Ryōiki?). A potent tool for high-level sorcerers, tapping into a Domain Expansion provides numerous benefits when dealing with opponents.

When a Domain Expansion is activated, a sphere of energy quickly expands to encompass the user and their opponent(s), trapping them within. The walls of the Domain are said to be nigh-impossible to escape under ordinary means, though due to nothing being gained upon entering an enemy's Domain, breaking into it from the outside is relatively easy.

While in a Domain, the owner's strengths are enhanced as a result of the environment, giving them access to additional Curse Techniques or improved versions of old ones. In addition, any techniques used by the owner are guaranteed to hit their opponent, though said opponent can still block the hit using cursed energy.

Though the owner's techniques will always "hit" their opponent in a Domain, said opponent can still absorb the brunt of an attack through application of cursed energy as a countermeasure.

When trapping someone in a Domain, they also have the option to try and escape it, though it is said to be almost impossible.

The most effective counter for a Domain Expansion is expanding a Domain of your own. When multiple Domains are expanded, the more polished one will out-push the other.

A Domain Expansion can also be pushed back with Simple Domain, which projects a small yet similarly potent field.

A user's innate technique is also temporarily depleted and difficult to control after using Domain Expansion, giving opponents an opportunity for a counter if they managed to survive. 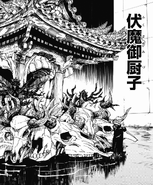 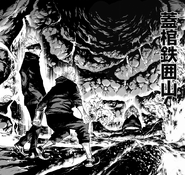 Retrieved from "https://jujutsu-kaisen.fandom.com/wiki/Domain_Expansion?oldid=12658"
Community content is available under CC-BY-SA unless otherwise noted.